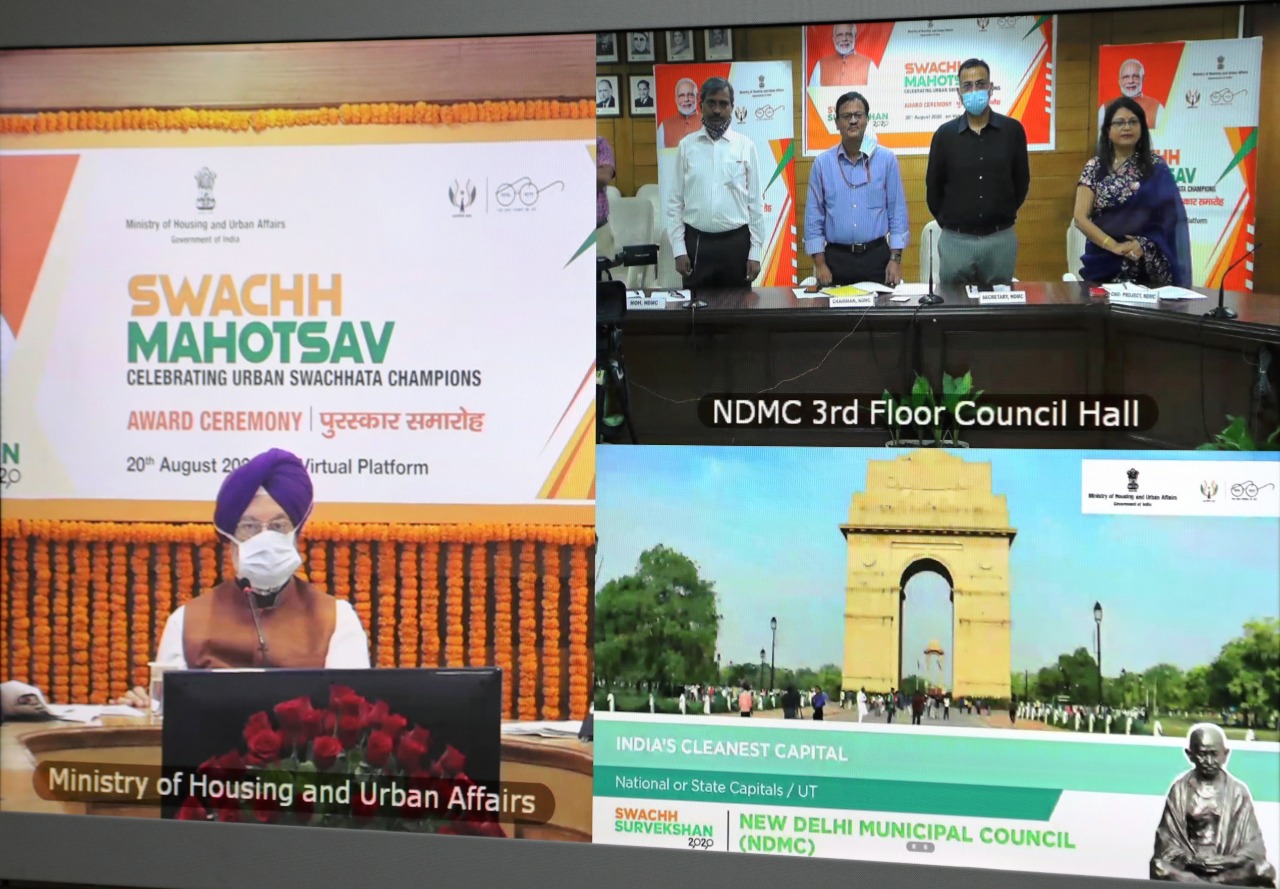 20th August 2020, New Delhi : New Delhi Municipal Council (NDMC) is declared as the CLEANEST CAPITAL CITY amongst all states and UTs in India in Swacch Survekshan 2020 in the event organized by MoHUA. Chairman, NDMC received this National award from H’ble MInister, MoHUA, on behalf of NDMC, on virtual platform.

The Swachh Survekshan awards 2020 -- the fifth annual cleanliness survey of the country -- were announced by Union Housing and Urban Affairs Minister Hardeep Singh Puri at a ceremony where 129 awards were given in different categories.